50%
Tweet
On January 6 Merrill Lynch will celebrate its 100 year anniversary. Former Chairman of Merrill Lynch International and son of one of ML's founders, Winthrop H. Smith Jr. reflects on its colorful history. 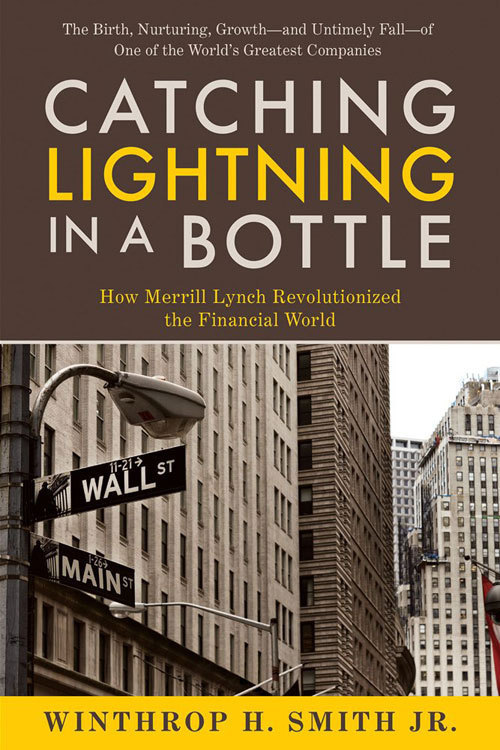 On January 6, 2014 Merrill Lynch will celebrate its 100 year anniversary. No small feat when one considers the economic roller coaster in that time frame. Merrill-Lynch certainly did not come out untouched, following its 2008 acquisition it is now the wealth management division of Bank of America.

In the opinion of Win Smith, former chairman of Merrill Lynch international and current president of SugarBush resort in Vermont, it was the lack of understanding and a foolish disregard for the firm's core principles that led to its near collapse in 2008.

In a tell-all book by Win Smith, the son of one of ML's founders, Winthrop H. Smith Jr., Win recalls the leadership and innovation, managed at different times with different personalities, that exemplify the 5 core principles of Merrill Lynch the firm is, even now, trying to reinstate.

These five core principles are not terribly profound, they can even be called common sense, but it's amazing how few people actually follow these principles.

"I think," says Smith, "there were a period of years they were forgotten. They were not valued and I think that led to problems in 2007. But the current leader, Tom Montag, he is very much trying to emphasize those principles. They still hang on the walls of the office. He is talking about history, and celebrating the 100 years. That's wonderful. There are not many companies around for 100 years and I think they had a spectacular first 100 years, with a couple of exception, and are well positioned for the next 100."

The first history of Merrill Lynch, Catching Lightning in a Bottle: How Merrill Lynch Revolutionized the Financial World, by Win Smith can be purchased here.