50%
Tweet
Capital Markets Outlook 2015: The SEC is conducting a broad review of US equity market structure, but the most important proposals are the tick-size pilot, maker-taker rebates, dark pools, and order routing transparency.

Challenge: In a June 2014 speech, SEC Chair Mary Jo White announced a comprehensive review of equity market structure that would be data-driven. A major pain point could be changes in rebates, exchange-access fees, and other economic incentives, which influence where brokers route buy and sell orders.

Why it’s important: One of the catalysts for the review was the allegations made by Michael Lewis in Flash Boys that the market was “rigged” and that high-frequency traders used latency arbitrage to front-run investor orders on exchanges and dark pools. The media frenzy over the book stirred debate about the complexity and fairness of equity market structure. Some participants feel the market is too complex, distorted by high access fees and payment for order flow. Dark pools are also in the regulatory crosshairs. Now that nearly 40 percent of the US stock trading volume is handled by dark venues, the SEC is also examining lack of transparency in ATSs. In April, New York State Attorney General Eric Schneiderman filed a lawsuit against Barclays for falsely marketing the extent of HFT activity in its dark pool. Many people are watching the outcome of this case. If more regulation comes to dark pools, some are predicting consolidation. Recently, Wells Fargo shuttered its dark pool, and Citi announced plans to close its ECN LavaFlow by year's end.

Where the industry is now: The SEC is considering various market-structure proposals. In the short-term, the SEC is looking at registration of "significant market participants" (perhaps HFT firms not currently registered as dealers), requiring more transparency from dark pools and information on order routing, said Stephen Luparello, SEC director of Trading and Markets, at a SIFMA conference in November. “The SEC has reached the conclusion that order routing disclosure -- the Rule 605/ 606 regime -- needs a revisit with more focus on the institutional side, rather than retail." Luparello also said the SEC is looking at more transparency around dark pools, noting that the ATS regime is 10 years old. "The inner workings of ATSs is not well known. We think a variety of things would really enable some better evaluations of order routing transparency, such as what are their fees and what are their ownership stakes." 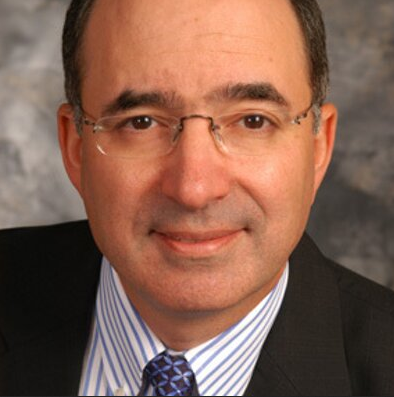 Focus in 2015: “I think 2015 is going to be a year of big and small things,” say Larry Tabb, founder and CEO of Tabb Group. "The big things are going to be the tick pilot and whatever the tick pilot turns into. It’s getting issued, and we’ll start planning for it." The tick-size pilot has been approved by the SEC and is out for public comment. Tabb expects the pilot to go into an implementation stage in either late 2015 or early 2016. The pilot will consist of one control group and three test groups with 400 securities each. Test group No. 3 includes a “trade-at” requirement that prevents price matching by a trading center (a.k.a. dark pool) that is not displaying the best bid or offer. In other words, “trade-at” will ban trading in dark pools unless the ATS or private venue has a better price than the public exchange.

Joe Saluzzi, partner at Themis Trading, says the biggest issue is payment for order flow, which "touches whether it’s rebates or internalization for retail flow. That’s an enormous thing that sways routers and conflicts brokers and exchanges. It does a lot of bad stuff." While acknowledging that it’s difficult to eliminate payment for order flow overnight, Saluzzi would like to see a pilot study. However, Tabb argues that rebates are not the issue. He would like to see “tightening” of the access fees that exchanges charge or credit to brokers. "The access fees impact routing to dark pools and internalization,” says Tabb. Right now the access fee is mandated at 30 mils per share or 30 cents per 100 shares, and allow the exchange to pay rebates and take fees. “It impacts pretty much how everything works,” says Tabb. (Nasdaq announced a Select Symbols program, capping access fees on 14 stocks to 5 mils per share or 5 cents per 100 shares. The revised pricing structure is starting Feb. 2, 2015, for at least four months, pending SEC approval.)

“I think there’s enough concern that we should have a review. We should be looking to see if things are OK. We should have greater transparency in the market.” — Larry Tabb, Tabb Group

However, the problem with cutting access fees is that it will widen the spread in terms of the percentage of time it's at a penny vs. above a penny, cautions David Weisberger, managing director and head of Market Structure Analysis at RegOneSolutions. "The spread becomes more volatile, and then that means that speed becomes even more important. By making speed more important, market makers know that it's easier to jump in front of the slower institutions," says Weisberger.

Obstacles: In a recent commentary, Tabb argues, “The SEC’s third nickel pilot scenario will increase trading costs, increase order routing complexity, reduce competition, and reduce accessible liquidity... The tick plot has little chance of spurring change.” Among the challenges is that “it can force brokers to route both buyer and seller to an exchange to trade, unless they agree to substantial price improvement, forcing the brokers to forego low-cost internal executions and pay additional matching fees to an exchange, a displayed protected venue.” Tabb told us he doubts whether the tick pilot will result in more research coverage for small cap stocks, since it requires a lot of infrastructure and after 12 months the pilot goes away. While Tabb says he favors an SEC test, he feels the proposed tick pilot is an “excellent experiment destined for the market structure scrap heap in the sky.”

Industry leaders: Firms such as Citadel, KCG, Liquidnet, IEX, Tabb Group, Rosenblatt Securities, KOR Trading, HFT lobbyist Modern Markets Initiative, and more… The SEC has said it will appoint a Market Structure Advisory Group but has not announced the composition yet.

Pricetag: It's hard to know the costs of implementing market structure changes until the proposals are finalized. Brokers have complained about the cost of programming their smart order routers if the "trade-at" provision is approved as part of the tick-size pilot.