50%
Tweet
Fidelity Labs has a long history of investing in technologies ahead of the business case. Sean Belka has taken up the mantle.

Sean Belka may carry the title of senior VP of Fidelity Center for Applied Technology at Fidelity Investments, but to his colleagues he's the de facto innovation officer, responsible for pushing the envelope on technologies years before they go mainstream.

The department, more commonly referred to as Fidelity Labs or even internally as FCAT, is the go-to for internal requests. Belka's global staff of 75 technologists spend their days fielding questions about a spectrum of technologies such as big data, social, mobile, and wearable computing. His team is endlessly delivering on requests for research and conducting pilot programs that creatively, but sensibly, leverage new technologies to deliver better customer experiences and outcomes.

Belka's job is not necessarily to predict the future or push any particular product; that role will be left to customers who vote with their dollars and preferences. But by experimenting with a spectrum of technologies, Fidelity hopes to be prepared for whatever comes along. Now, when departments come to him with gamification ideas, for example, his team has already piloted projects and can offer advice, even build out some technologies that are ready to market. 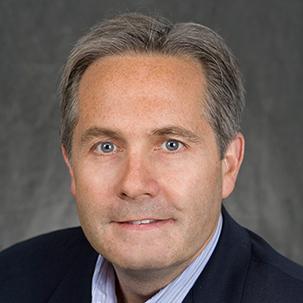 Career bio: Senior VP for the Fidelity Center for Applied Technology since 2008, after holding various positions in Fidelity Investments since 1993.

What experience had the biggest effect on your career? "One advantage of having 30 years of work experience is the opportunity to do many different things: startups, turnarounds, business roles, tech roles, and more. I've learned that they all matter because they provide new challenges and the opportunities to build new skills."

What is your favorite hobby? "For fun, I like to take our dogs out on our stand-up paddle boards. I also love working with startups and am on the advisory board of MassChallenge, the world's largest startup competition. It is so great to see the energy and creativity, and it's really inspiring."

Spotting trends and pre-emptively launching programs is no easy feat, and it can be difficult to build a business case for new-age gadgets even in the most forward-thinking institutions, but Fidelity has a special place in its heart for innovation, as does Belka.

"Innovation is really in the DNA of the firm," says Belka. "The culture here has always been about, how do we take emerging technology and apply it to create a better experience to get better outcomes? And that's the question we hear almost every day."

For example, Fidelity proudly boasts that its first mobile app launched in 1998, long before other banks were even thinking about mobility. Fidelity also invested in the web before knowing it would be a significant channel. "I am standing on the shoulders of giants," says Belka. "I'm fortunate to be a part of that tradition."

When exploring emerging technology, Belka first looks to see how it could deliver a better customer experience, and asks if it is going to help Fidelity's investors get better outcomes and be more successful investors.

Still, Belka and his team need to remain skeptical of all of the new technologies that pop up. Yes, there are technologies out there that Belka thinks are rather fascinating, such as nanotechnology and robotics. These innovations are likely to have big impacts for society, Belka says, but he admits that they are unlikely to affect financial services in terms of customer service, customer experience, or customer outcomes. "These may be things people want to invest in, but there's a lens by which you can narrow it a bit because some of the things are going to be less profound in financial services, but the landscape is still pretty broad," he says.

[To view all of the Elite 8 2014 articles, including technology leaders from Citadel, TIAA-CREF, the SEC, Freddie Mac, and more, read the Wall Street & Technology Elite 8 2014 digital issue.]

One of the most famous examples of a technology Fidelity is exploring is the firm's trailblazing effort in wearable technology, commonly known as wearables. To deliver better and easier access to account information, Fidelity has put out investor applications for the popular Pebble smartwatch and Google Glass. Over time, Fidelity Labs envisions those technologies becoming a primary tool for some users, while for others it will always simply be a complement to their primary channel, such as the website or mobile app.

"That's what we're trying to figure out," Belka says. "This has real implications for the functionality you build into it and how you think about how it works with the other interfaces and other channels." Ultimately, adds Belka, "if it's an easier customer experience than going to a PC or pulling a phone out of the pocket, then that's where we are going to continue to invest."

Gamification and AI
Similarly, if you look at things like gamification of interfaces, Belka believes that if it could help investors become better investors or can make financial services more interesting, then it's worth pursuing. "I hesitate to use the word 'gamification' because it doesn't convey the seriousness," he notes. "What we mean by gamification is building in game dynamics like leaderboards and social dynamics into an interface."

Fidelity has applied game mechanics in a recently launched beat-the-benchmark game intended to educate users about asset allocation and diversification. It may not necessarily make investing fun, he admits, but it does create more engagement, satisfaction, and repeat behaviors with users.

Fidelity is also beginning its journey into artificial intelligence tools. "Computers are really great at finding information, distilling it, and serving it up, and that's what a lot of people are trying to do in financial services." Whether a client is receiving information from a person assisted by AI or directly, "I think the best experiences are when you get a great answer quickly with minimal effort. We're trying to learn how things like AI help us deliver that," Belka says.

Belka and his team are also busy finding applications for pervasive video technology. "We are doing some experiments with video emails to associates to help them better understand tasks, and we're beginning to experiment with associates creating video emails they can then send to customers," he says.

As technology improves, Belka notes that firms are seeing technology converge in many areas. "It used to be video is video and email is email, and never the two shall meet, but now we're seeing things come together in a way that works better for clients and customers," he says. "And there's a continual push for how do we make things more convenient or easier."

For example, Fidelity has a pilot program called Fidsafe that helps customers store financial documents safely in the cloud. Customers can share access with their financial advisers, lawyers, etc. "These are models that are not pure consumer nor pure enterprise, but bringing the two together," Belka says. "They're merging technology in new ways; that's where we're beginning to think harder because we feel that helps the enterprise be more efficient. It also helps the customers get their information more easily, more quickly, and in a more compelling format."

There's so much going on at once, says Belka, that today's CIOs must brace themselves for an unbelievable pace of change if they want to stay competitive. Years ago, the Internet was the one big and transformative thing, but now they have to tackle a number of big initiatives, including mobile, social, cloud, big data, wearables, and artificial intelligence. There are so many different areas experiencing change that the collective effect of change is massive. "In many ways, it's a change management exercise that requires flexibility and agility," Belka adds.

The changing role of IT
Just as technology is changing, so is the role of the traditional IT department. For about 20 years, IT was more of a back-office function for stability, reliability, and cost-effectiveness. Today, technology is the customer experience, and the leaders must ask: How do you not only keep up with customers but also lead them in a world that's changing rapidly?

"I'd argue that mobile, social, cloud, big data are all the next big things. I don't think you could have focused on just one of them," Belka says. For example, you couldn't have a coherent mobile strategy if you didn't understand what your company is doing with the cloud. "As we look forward, you look at things like artificial intelligence or involving interfaces like wearables and game education, all of those are also next big things. I think, unfortunately, for CIOs it's no longer going to be so simple to focus on one single thing."