0%
Tweet
Don't single out HFT for the market's problems. Anyone who has worked in the industry during the past two decades has been complicit in corrupting the markets.

Although there is a lot of talk about what regulations are needed to improve the current US equities markets, some believe that regulatory change may not be the answer. If regulation isn’t the fix, then what is?

“I think people need to take a different approach to improving the industry. Let your opinions be known, let the information be known, and help educate investors,” said Brad Katsuyama, CEO of IEX in an exclusive interview with Wall Street & Technology. 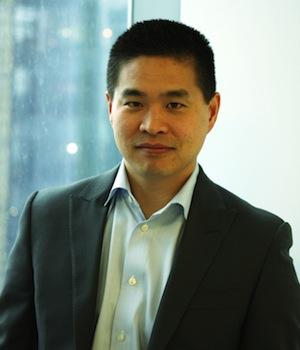 “Regulation may not be the solution to what is happening now,” said Katsuyama, who believes education and forced transparency would cause behavioral shifts and provide investors with more information to make better decisions.

IEX, the alternative trading venue featured in the Michael Lewis book Flash Boys, has been gaining order flow and market share while slowing down orders to level the playing field between high-speed traders and investors.

The dark pool has garnered the attention of buy-side institutions by bucking the trend against complex order types (it has only four), banning rebates, not allowing co-location next to its matching engine, and consuming faster data feeds to price stocks.

Since its launch on Oct. 25, 2013, IEX has been gradually increasing its volume from a little over 1 million shares per day in October and 5 million per day in December. On May 20, IEX’s average daily volume was 54 million double-counted shares or 27 million shares single-counted, according to statistics on its website.

On May 6, the venue captured a record high 0.631% share of equity trading volume. So far in May, IEX's average daily volume of 31.6 million single-counted represents a 67% increase from the venue's average volume of 19 million shares executed in March.

Gradually increasing volume
As a sign of its traction on the buy side, IEX executed more blocks than many of the continuous trading dark pools ranked in Tabb's March 2014 "Equities Liquidity Matrix" report.

In an email, Fraser stated, “Investors and brokers rest on IEX because it’s safe and productive.” Fill rates for 100,000-plus share orders that rest for over an hour are 28%, while they are less than 1% for immediate or cancel (IOCs), he wrote. Fraser said that fill rates increase two to three times as clients transition from 5,000 to 10,000 share orders to more than 100,000 share orders.

“We view these as proof points that all of the protective measures we’ve built into our market and technology design (including a 350-microsecond buffer, the True Price matching engine architecture, lack of rebates, only 4 order types, etc.) are delivering a higher-quality experience for our customers,” wrote Fraser.

The dark pool was formed by Katsuyama, a former Royal Bank of Canada trader, and Ronan Ryan, who was hired by RBC for his expertise in mapping the latencies between various exchange datacenters and building the fastest routes for HFT strategies. Both Katsuyama and Ryan are considered the main stars of Flash Boys, which has reinvigorated a debate over fairness of the electronic market structure.

Despite calls for repealing Regulation NMS, the legislation implemented in 2007 that mandated the need to route to the venue with the best price, additional regulation is not necessarily the answer, said Katsuyama in IEX’s lower Manhattan office.

“You don’t want to unnecessarily over-regulate the market,” he told us, pointing out that IEX exists within the current regulatory market structure to solve the problem. “We didn’t need rule changes; we didn’t ask for changes. We just decided to think differently and build something different.

“Anybody could have done what we have done. They could have done it in 2009 or 2010. It’s 2014 and we’re talking about this” only now. Katsuyama insists that part of the problem is the incentive structure, which pays rebates to HFTs and brokers that add liquidity or take liquidity. “Reg NMS might have fueled some of the incentives that are an issue. But people could have sorted this out a long time ago.”  He suggests that Reg NMS could be “an easy scapegoat to talk about if you don’t want to see anything change for five years.” Focusing on Reg NMS is one way to avoid any change, he said.

Most industry participants point out that the market is better than it was 20 years ago. It’s faster and has lower trading costs and tighter spreads. On those points, Katsuyama agrees. “Of course it’s better. Technology was going to deliver all of those great benefits -- faster, cheaper, better, all of that was going to happen anyway. But people are also using technology to scalp from other people unnecessarily.”

Virtu Financial, one of the largest HFT market makers, participates on the IEX marketplace. Though IEX has made presentations to 12 of the 15 largest HFT firms, Virtu is one of the few that agreed to connect given the 350-microsecond delay that IEX imposes on each order. Virtu accounts for 6 to 8% of IEX’s volume. “They are not our largest customer, but they contribute,” said Katsuyama. Virtu is also IEX’s No.2 participant in ETFs and No. 1 in inter-listed arbitrage. “They are adding value in the places you would want computerized traders adding value.”

Rather than blame HFT, Katsuyama said, “Everyone in the room in IEX almost, including myself, has had a hand in corrupting the markets in various roles over the past decade." Those who worked for exchanges, HFT firms, and even brokers, including himself, who routed orders around to earn rebates that offset escalating costs, all had a part to play. “The system has corrupted itself and let down the average investor, and I think our job as an industry is to step up and do whatever we can to fix it. Stop the talking, and let’s see some action.”