50%
Tweet
Cohead trader Floyd Coleman talks about taking advantage of technology and the traders of the future. 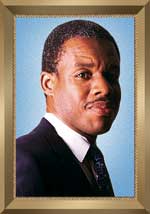 Approximately $100 billion, about 40 percent of which is in the U.S.

Fund(s) for which you trade:

It can vary day to day. But typically, between 10 million and 20 million shares.

Domestically, we are headquartered in Orinda, Calif. We also maintain a New York office and have offices in London, Tokyo and Singapore, each with their own local traders. Each local office has its own head trader, or cohead traders, who in turn report to the CIO of that local office.

I joined AXA Rosenberg as a trader in 1988 and have been head trader since 1999. Prior to joining AXA Rosenberg, I was an associate at Citicorp Investment Bank in New York, working with the sales and trading teams. From 1982 to 1986, I was a systems engineer at New York Telephone.

Vision for the Future

When Reg NMS is finally in place, I think we will finally have a solidification of all these interconnected systems. I think in the next few years, everyone will have the opportunity to be everywhere.