50%
Tweet
At TIAA-CREF, the best-built system or platform that hits all business deliverables is useless if the customers don't love the functionality.

For most technology leaders, on-time and on-budget are pillars for success. Often, however, customer service is overlooked as IT groups strive to meet business demands. For Scott Blandford, CTO at TIAA-CREF, pleasing the user is just as important.

When Blandford joined TIAA-CREF as CTO nearly four years ago, he faced an all-too-familiar challenge: The firm had a complex application environment with suboptimal information flow. Client-facing staffs, like call center employees, were stitching together client information with a collection of homegrown and third-party tools, and the customer experience was suffering.

This didn’t sit well with Blandford, who admits to being “relentless” about customer experience. His motto for his IT team: “On time, on scope, and on budget is great, but it does not count unless your users love it.” 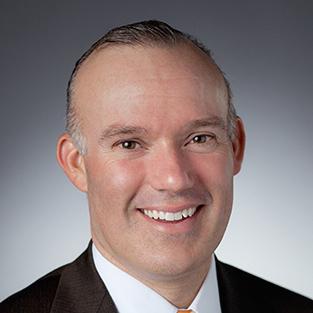 Career bio: Before joining TIAA-CREF, Blandford served as the managing director, head of online and retirement technology, at Bank of America Merrill Lynch for four years. He was also the CTO for Merrill’s Institutional Retirement business. Prior to that, Blandford spent 11 years at Fidelity Investments, where he served as senior VP for Fidelity eBusiness.

Education: Bachelor’s and Master’s degrees in electrical engineering from the University of Dayton.

Who influenced you the most in your career? “I had a manager early in my career who basically told us IT is not an order-taker. Your job is to do the hard work, understand the whole business problem, and to show up with a point of view. To this day I can still feel him staring at me and telling me that.”

What experience had the biggest effect on your career? “I was on a project years ago where I got to see firsthand the connection between how the project is structured, how the people are organized, and how decisions are made. I saw how that’s connected to the outcomes of the project and the pace of the project. Since then, I make sure the structure of every project is in harmony with the intended outcome.”

So he put his 25 years of experience with innovative technology systems to work and set out to create a new client service interface for the organization, one that would connect all the information in various applications and leverage the company’s existing talent and domain expertise. Determined to avoid the monolithic and expensive platform overhaul, Blandford and TIAA’s IT team of 5,000 looked for something more organic. Ultimately, they found inspiration from an unlikely source, although it is arguably the most user-friendly interface out there: Wikipedia.

Indeed, to hear Blandford explain it, the answer to complexity has been in front of technologists the whole time. “Wikipedia is the easiest thing in the world. It’s super integrated and clean, but behind the scenes it’s connecting all people all around the world who are smartest about this or that thing,” and Wikipedia connects the experts to the person who is looking for some specific information. Wikipedia also operates “in an environment that’s distributed and changes all the time, yet somehow, as a user, it’s easy to find what you want right away.”

Blandford’s leadership and vision were put into action as he explained to business leaders how the project, known as Unified Desktop, would integrate various proprietary and vendor applications into a streamlined user experience for TIAA associates. Instead of tasking one team to rewrite everything for the desktop, he created a set of interface rules and launched a federated development model where project teams that understand their domains would build their own applications. In this case, applications are more like an article or topic, each contributing to the creation of a single entry point in support of client service.

Just as Wikipedia has pages detailing the lives of famous people, when an adviser or call center representative looks up a customer on TIAA-CREF’s customer “wiki,” she gets a long page with everything known about that customer. If an adviser is interested in what’s happening across her book of business, Unified Desktop treats that like it’s a topic, and everything known about the adviser’s book of business is there. The interface doesn’t look exactly like Wikipedia, Blandford says, but it is a simple combination of content and application.

As long as the user interface rules and style guidelines are followed, any TIAA team can build an application and contribute to the Unified Desktop. The decision-making and power to do great things for customers is now in the hands of people closest to the problem, he says.