50%
Tweet
Traditional asset managers are venturing into the alternative investment arena. But can long-only funds merge their trading desks with hedge funds without raising red flags? 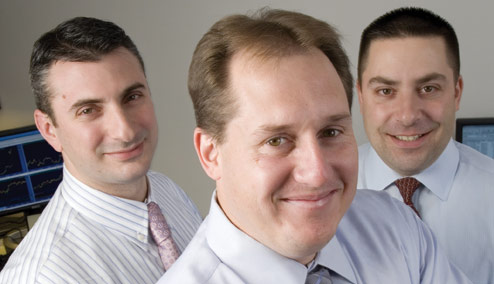 Today, Rochdale's trading desk executes trades for the offshore hedge fund, as well as mutual funds and separate accounts that the firm offers to high-net-worth individuals for their retail and retirement accounts. "[The hedge fund] does utilize the same trading systems, individuals, trading desk - everything we use for our traditional asset management business to trade," according to Hawkesworth.

Like Rochdale, over the past three to five years, traditional asset managers have been venturing into the hedge fund business. Eyeing the double-digit returns and lucrative so-called "2 and 20" fees that hedge funds command - 2 percent management fees and 20 percent performance fees tied to benchmarks - asset managers have been acquiring hedge funds and, in cases such as Rochdale's, starting their own alternative vehicles. While fees paid to traditional investment managers for returns tied to a benchmark are being compressed, "institutions are willing to pay for alpha in these alternative funds," explains Jeff Trongone, CFO of Fischer Francis Trees & Watts (FFTW), a New York-based fixed-income manager. As such, he says, traditional asset managers, including FFTW, have decided to diversify into the alternative investments space. But, unlike Rochdale, FFTW is establishing a segregated trading platform as well as bringing on new trading teams to launch the operation.

These opposing strategies illuminate a dilemma for traditional asset managers that take on hedge funds. Should they integrate both businesses or keep them separate? Can the asset managers run central trading desks and integrate their traders and technology platforms? If they operate one central trading desk, can traders share information about order flow with both sides? How much crossover is there between the hedge fund's trading systems and the buy-side firm's technology?

"What makes the convergence of the trading desks easier is that some of the trading systems used by the mutual funds are similar to what the hedge funds are using," says Jeromee Johnson, a New York-based senior analyst with TABB Group. For example, he notes, three years ago hedge funds were quick to adopt direct-market-access trading platforms. But, "What were the odds that you would find two or three DMA platforms on a mutual fund desk?" asks Johnson. Now, he continues, mutual funds are using the same DMA technology. And the same goes for execution management systems. The technology gap has closed - at least a third or more of large, long-only asset managers are building their own algorithms, and they're using an EMS framework to do the development work, according to Johnson.

Still, pointing to the fact that hedge funds are lightly regulated investment pools usually targeted at the wealthiest investors, some experts argue that hedge funds have different technology needs and compliance requirements than traditional asset managers. One of the basic differences, for example, is that hedge funds can deal with short selling whereas mutual funds usually run long-only funds.

END_OF_DOCUMENT_TOKEN_TO_BE_REPLACED

Inside the NYC FinTech Startup Scene