50%
Tweet
Tom Bayer, CIO for the SEC, has helped the agency improve its systems to better monitor today's electronic markets.

It goes without saying that the 2008 global financial crisis was a wakeup call for investors, politicians, the public, and regulators. For the Securities and Exchange Commission, the global financial crisis also exposed the agency’s technological shortcomings at a time when advanced technology was needed to uncover risk and monitor daily activity in the markets.

In October 2010, when Thomas Bayer joined the SEC as its chief information officer, the crisis was in full swing, and the financial markets were recovering from the infamous flash crash in May of that year. Following the flash crash, the SEC and the Commodity Futures Trading Commission (CFTC) found it difficult to sort through transaction data to find out what caused the approximately 1,000-point drop. 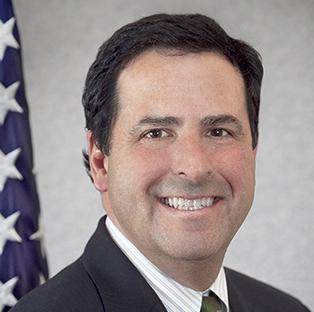 Career bio: Before joining the SEC staff, Bayer was the CEO at Maris Technology Advisors. He also served as COO/CTO at Brand Informatics, and previously worked for Capital One, Inteliguard, and Citibank.

Who is your mentor? “My father-in-law, Paul Powers, who is a former Fortune 500 CEO and former CEO and chairman of two public corporations. He gives me advice and counsel, and he advises me about the responsibility in managing through issues.”

What experience had the biggest effect on your career? “When I was at Citibank running operations, I had to learn to react under very difficult situations, and I had to deliver SLA requirements with systems that were very old. I also had to gain the trust of employees and contractors. I had to connect with the customers to really understand what they needed. That experience has helped me throughout my career.”

What is your favorite hobby? “Either skiing or tennis. Last year, I participated in a fundraiser for children’s education. It was a 24-hour ski race in Stratton, Vt. You basically ski in teams for 24 hours. It was a lot of fun.”

To observers of the financial markets, however, a bigger concern was why it took the SEC and CFTC almost five months to issue a report on approximately 20 minutes of trade data. With markets becoming more electronic by the day, regulators should have the capability to monitor trading in real-time, not five months after an event.

“When I came to the SEC, it was right after the crisis,” says Bayer. “The crisis was in full bloom in 2010, and I was brought in by [then-chairwoman] Mary Schapiro to help transform the technology of the SEC.”

The SEC also received independent studies in 2011 by the Boston Consulting Group, MITRE, and the SEC’s inspector general, which stated the commission needed to update its operations and technology. Congress required the SEC to commission the studies as part of the Dodd-Frank Act.

“The Boston Consulting Group study said that the SEC had to modernize its technology to oversee the markets,” Bayer says, adding that part of the modernization initiative was to improve the efficiency of the SEC’s staff. The study “estimated that it would cost too much to do what we needed to do without modernizing” operations and technology.

Specifically, when it came to technology, the Boston Consulting Group study said the SEC had to invest in “key enabling infrastructure,” develop key systems to provide knowledge management and improve data sharing across applications, and enhance the office of information technology’s ability to deliver technology, among other things.

“Before Dodd-Frank and the crisis, the SEC had not invested a lot in technology,” Bayer says. “More specifically, they were not funded [by Congress] to make that investment.” Bayer says that in 2011, many systems were an average of 7 to 10 years old, and some were 20 years old.

Even now, the SEC is at a disadvantage when it comes to investing in technology, although it has made significant strides. “Most market participants spend 25% of their budget on technology. My budget is $350 million. It’s not adequate to keep pace with those that we oversee.”

Even with a limited budget, Bayer says the SEC has made significant strides. “We have gotten more funding from Congress, and we have put it to good use. Our analytics are much improved, and high-speed data analytics are now available.” Data visualization capabilities are available, too, Bayer adds.