50%
Tweet
Even as layoffs lay waste to financial services payrolls, top IT pros remain in strong demand. Here are the skills -- including Big Data and social media -- workers need to survive and thrive in a modern Wall Street IT organization.

Financial institutions could eliminate nearly 21,000 jobs from their securities divisions in New York alone, according to recent reports. Yet astute banks are still on the prowl for the best IT talent, driven by the knowledge that a strong technology team is essential to forge ahead amid today's murky economy and heightened competition. 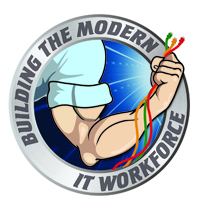 Strong business acumen remains a prerequisite for senior technology management positions, and if you're a technically savvy innovator, you are destined to get calls from firms seeking to carve out their positions at the cutting edge of the financial industry, experts suggest. "There is strong demand for a person who can innovate and has raw entrepreneurial talent, who can go ahead and take a look at what exists in the walls of the IT department and think as an entrepreneur," says TradeKing CIO Dan Raju. "That is a skill that is crucial. If you're an entrepreneur and an innovator at heart, the financial technology space is one of the best spaces to be."

James Kostulias, CIO of retail, TD Ameritrade, says the firm is particularly interested in the notion of "co-creation." "It's about a lot more than interaction within the walls of TD Ameritrade," he relates, explaining that the brokerage focuses on platforms of engagement through which TD Ameritrade technologists can collaborate with clients and other technologists, and eventually with third parties.

But even the most creative, business-savvy technology guru needs to have hard technical skills. And these skills continue to command a premium in the back and middle offices on Wall Street, points out Shawn Banerji, managing director of the information officer's practice at executive search firm Russell Reynolds Associates.

Knowledge of specific programming languages such as C+ and Java is still important, but it is beginning to ebb as organizations increasingly look to harness the business value of big data and new IT delivery models, and to implement progressively more robust security protocols, Banerji indicates.

Meanwhile, with data volumes ballooning, there is huge demand on Wall Street for employees skilled both in structured and unstructured data management, according to TradeKing's Raju, including data analysts and experts in database administrative functions and business intelligence. Further, with cloud computing now an integral part of almost every Wall Street firm, financial institutions are actively recruiting people who can understand cloud administration -- platform or infrastructure as a service -- and drive value from the cloud in the "most structured, safe manner," he says.

Network infrastructure and security skills also are key for firms looking to give their technology departments a boost. "With the whole advent of cloud and the opening of the enterprise, there is an amazing demand for network LAN and VAN administration," Raju says, referring to the hosted service offering that acts as an intermediary between business partners sharing standards-based or proprietary data via shared business processes. Firms also are looking to recruit employees skilled in quality assurance and validation platforms, and agile developers, he adds.

And amid Wall Street's ever-more-complex markets, there of course is strong demand for people who can build better order management solutions, according to experts. "Technologists with expertise around specialist financial services vendor technology tend to focus on the more lucrative contract market. Those with knowledge of order management systems such as Charles River and Simcorp Dimension are no exception, but more financial services firms want to tie them into a permanent role," according to an article on eFinancialCareers.com, the Wall Street recruitment website.

At the same time, according to Russell Reynolds' Banerji, Wall Street firms at large are relying more and more on third parties -- ranging from large outsourcers and integrators to small consulting boutiques -- for IT work. "Hard skills are still important but, there has been a gradual commoditization based on the rise of these service providers."

The Social and Mobile Imperative

Meanwhile, as more and more banking clients gravitate toward mobile applications, buy- and sell-side firms are continuing to focus on new smartphone technologies. Many firms -- including TradeKing, Fidelity Investments, E-Trade, TD Ameritrade and Morgan Stanley -- have rolled out a new generation of mobile apps on the iPhone, the iPad and Android devices for both retail investors and investment professionals.

"We're constantly running to keep up with everything changing in the mobile space but staying ahead of the curve," says TD Ameritrade's Kostulias. Earlier this year the brokerage unveiled a mobile app called Snapshot that allows investors to scan any product barcode to reveal the name and other information about the publicly traded company that produces the product, and potentially instantly trade its stock.

[How to Manage Millennials: Harnessing Their Adaptability, Flexibility and Connectivity.] Melanie Rodier has worked as a print and broadcast journalist for over 10 years, covering business and finance, general news, and film trade news. Prior to joining Wall Street & Technology in April 2007, Melanie lived in Paris, where she worked for the International Herald ... View Full Bio