50%
Tweet
Rob Lux takes the role of senior VP and CIO at Freddie Mac to modernize the institution and deliver new tools to benefit mortgage industry.

"Although my father's parents owned a farm in what is now Slovakia, they brought their family here with very little," explains Lux. "Once in the US, my grandparents' dream was to own their home. They took out a mortgage and worked hard to pay it off, and, eventually, they were able to realize their dream."

Beyond teaching him the value of hard work and goal orientation, "it made the American dream personal to me. It's what motivates me here at Freddie -- every day, we make homeownership possible for people just like my grandparents.” 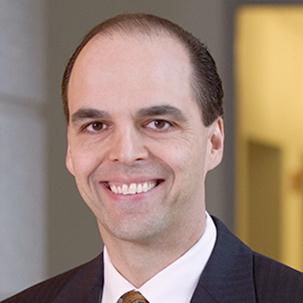 Career bio: Before joining Freddie Mac in 2010, Lux was a principal at Towers Watson. Previously, he was the chief architect and chief data officer for GMAC Financial Services and chief technology officer for GMAC Residential Capital. He also held other leadership positions at EDS and Reuters.

Education: M.S. in management of technology, University of Pennsylvania, and B.S. in commerce and engineering, Drexel University.

Who influenced you the most in your career? "Dale Madden, who was my manager during my college co-op at IBM. He invested as much time in me as his superstar players, which impressed me to always grow younger talent and learn from them while they learned from me."

Most Admired Executive? "John Koskinen, who stepped in at Freddie as a calming force during the darkest days of the crisis. He then retired, only to come back when asked to lead the IRS through their crisis. As an American taxpayer, I can't even express how lucky we are to have John at the helm of the IRS."

Relaxation? "It's important to spend time with my two daughters, so I like to do what 11- and 14-year-old girls like to do."

Since arriving at Freddie, Lux has steered the 1,300-member IT organization with steadiness and enthusiasm. "For me and the other leaders of our IT team, challenges get us up in the morning. If we worked for a company in maintenance mode, this team would get bored pretty quickly."

In fact, he is quick to credit his leadership team with the heavy lifting on the road to transforming Freddie from a legacy institution to an agile and modern IT organization. "A CIO is only as good as his or her team."

Specifically, he acknowledges David McGee, CTO and VP; David Stadler, VP of delivery services; Peter Presland-Byrne, chief architect; and Tammy Hoffman, chief administrative officer and VP for IT. All four also left successful private sector careers for the public scrutiny of an organization under the conservatorship of the Federal Housing Finance Agency (FHFA).

"Transforming Freddie while it's still under conservatorship is actually our biggest challenge. There's a lot of uncertainty in Congress about Freddie's future. But I tell my team that many other IT organizations face just as much uncertainty. They just may not recognize it."

Uncertainty breeds focus
Indeed, uncertainty keeps Lux and his team laser-focused on delivering solutions quickly. "We feel a sense of urgency to get new technologies out to the industry so that, no matter what Congress decides, the tools are available to meet future needs and demands."

Such tools include the Uniform Mortgage Data Program (UMDP), which was initially rolled out in early 2011 after being developed with the Federal National Mortgage Association (Fannie Mae) and the FHFA. UMDP provided the first uniform, detailed, industry data standard for electronic transmission of mortgage appraisal documents.

Because each electronic UMDP file could contain the equivalent of three to five hundred pages, the impact to the industry and the environment has been nothing short of colossal.

"Within the first year of UMDP introduction, we received about 5 million XML files through the appraisal portal. It was staggering how much had been paper-based and how quickly UMDP helped people reduce re-keying errors inherent in paper-based systems."

More recently, Lux's team introduced Loan Quality Advisor. This tool enables lenders to determine whether a loan has any outstanding issues to resolve before submission to Freddie. For Freddie, with its $1.9 trillion in assets under management, the chief benefits are enhanced quality and speed, and reduced costs.

Among the 250 current projects in his pipeline is integration to the Common Securitization Platform (CSP). As the name suggests, the joint Freddie/Fannie initiative undertaken at the direction of FHFA will provide a common industry platform for securitizing mortgage loans and will eventually enable more private capital to enter the mortgage market.

In addition to externally facing projects, Lux's IT organization is also overhauling itself internally. Top initiatives include ensuring technology portfolio sustainability, benchmarking against industry standards (rather than itself), building centralized rules repositories, supporting a mobile workforce, and reducing project cycle times for delivering business value from an average of 18 months when he arrived to today's 6.

From black box to tech broker
On a larger scale, Lux sees the ongoing transition from IT as a black-box solution-provider to a technology broker as the biggest shift impacting modern IT shops. "When IT resists the move to cloud-delivered solutions, vendors and the business tend to just work with each other directly."

As for his colleagues, he says CIOs need to embrace mobile, which is a shift akin to moving computing out of large climate-controlled rooms and onto the desktop. "You can't be the datacenter with guys in the white suits refusing to change," he says, referencing his early days interning at IBM.

"Young people coming into the workforce are already well versed with technology. They also expect technology to be intuitive and pervasive -- available anytime, anywhere, and on any device."

When asked about the "next big thing" on the technology landscape, he gives a wry reply. "Big data and analytics have always been, and will always be, the next big thing," he says. "The 'I' in 'IT' and 'CIO' stands for 'Information' and it's all about turning data into useful information."

Regardless, back at Freddie Mac, the tide is turning for Lux's team. "Over the past few years, we've been playing defense -- cleaning up legacy systems and processes. Now we're beginning to play offense. So, when it's time to turn over the keys to someone else, the car will be a valuable asset that's ready to go."